Swimming with the Dolphins

Do you know what dolphin species was made famous in the 1960s television series, “Flipper?” If you guessed the bottlenose dolphin, then you are correct! They are one of the most intelligent marine species swimming in our oceans. Their ability to perform complicated tricks, and their overwhelming charisma have helped them become stars in several  movies such as Dolphin Cove, Dolphin Tale, and The Penguins of Madagascar. In addition to these great movies, we also love that the bottlenose dolphin always has a smile on its face!

The Dolphin Tale movie is about a bottlenose dolphin named Winter who was rescued off the coast of Florida in 2005. She lost her tail to a crab trap and a prosthetic onewas later created.

The great white shark, bull shark, and tiger shark are a few of the larger shark species preying on the bottlenose dolphin. The dolphin uses a ‘mobbing’ behavior to defend itself, a behavior that can be fatal for the shark.

Dolphins use echolocation to hunt for their food. The dolphin emits a clicking sound and listens for its echo which gets louder and louder as the dolphin approaches. They decrease the volume of their click the closer they are to their prey. Recent studies discovered that the dolphin will not produce a click until they receive an echo from the previous click. 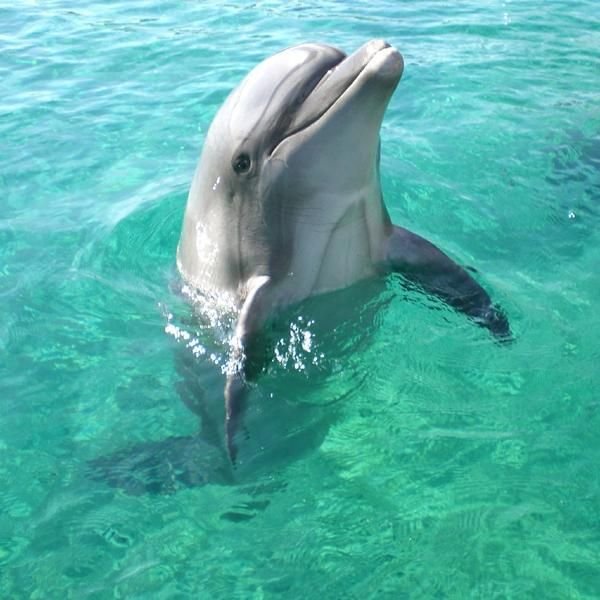 Monterey?s Must-Dos for Dolphins There Is A Dolphin Near My Monterey Boat: The NOAA SMART Program Swimming With Kids on Your Monterey Beautiful Fort Walton Beach Florida!