Sturgeon Bay made a name for itself when, at a local competition last year, an 8.45 pound smallmouth won big bass. The Bay jumped 28 spots from 2013 thanks to this feat! But boats and bass are not all this Wisconsin city has to offer.

Sturgeon Bay has long been a Coast Guard-friendly city. Since the development of the Dunlap Reef Light Station in 1881, the city added three more lighthouses, several cutters and a life-saving station, and today hosts many Coast Guard personnel and their families. For its effort at making a home for these Coast Guardsmen, Sturgeon Bay was awarded the distinction of being a Coast Guard City this January, making it one out of only sixteen cities to ever receive the honor by Congress.

Today, residents enjoy Sturgeon Bay’s multiple parks, 21-slip marina, and small-town shopping and dining. If you’re considering stopping for a visit, check out the Bay’s bass population for yourself! Afterwards, treat yourself to lunch at the Bluefront Café, which offers homemade, eclectic dining options and is located on the west side of the Bay itself.

Sturgeon Bay might be the big bass winner of 2014—but locals know its history of aquatic excellence extends much further back than that! 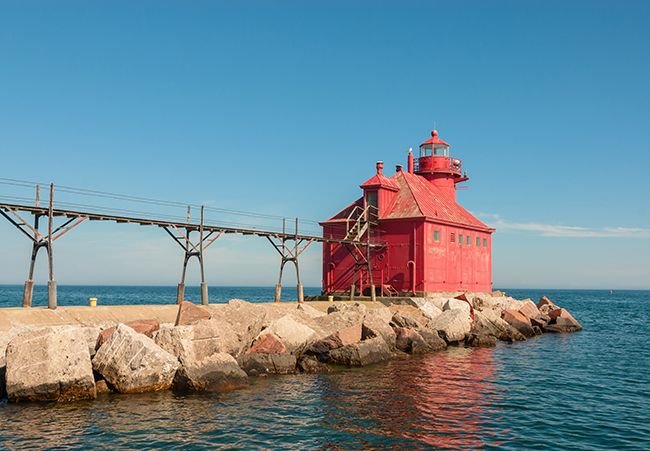 What Does Your Boat Name Say About You?