In honor of the Thanksgiving holiday tomorrow we have decided to add to our Famous Ships blog series with the Mayflower, the ship that first brought English and Dutch pilgrims to America in 1620.

Many of us learned about the voyage of the Mayflower in elementary and middle school but likely only learned a few minor details about this famous 17th century pilgrimage.

The Mayflower was originally intended to make the journey to the new world with a ship named, the Speedwell that left Delfthaven, Holland for Southampton, England on July 22, 1620. It was the intent that the two ships would meet at port in Southampton, the Mayflower was traveling from London.

The Speedwell was a ship that had been built in 1577 as the Swiftsure for English war against Spain. It was decommissioned in 1605 and then rebuilt as the Speedwell. The Mayflower was an English cargo ship that carried mainly wine to and from France.

Once both ships arrived in London, they were loaded with fresh food and supplies for their pilgrimage to the New World. They were forced to sell the majority of their oil and butter supply for money.

The journey to the New World began on August 5, 1620 but problems were encountered immediately. Both ships were forced into port at Dartmouth due to a leak on the Speedwell. After several days at port they attempted the journey again on August 24th.

Another leak occurred three hundred miles out to sea forcing both ships to turn back for Plymouth, England. It was at Plymouth that the Speedwell was deemed unfit for travel, twenty of her passengers decided to stay at port while the remaining joined the Mayflower.

The Mayflower began her journey again on September 6 with 102 passengers and a crew of 30 men. On board were also 3 pregnant women, one who had her son, Oceanus during the journey.

Weather was not an issue for the Mayflower for the first half of the pilgrimage. Treacherous thunderstorms and ghastly winds started for the second leg of the journey. At one point the main beam of the ship was cracked, crew members were able to fix it with a large screw and they continued on their way.

Two months and 2750 miles later they arrived at Cape Cod and anchored at what is now known as Provincetown Harbor. They originally intended to anchor at current day Long Island, New York but were unable to get there due to unfavorable weather conditions and extensive damage done to the ship by shoals off the coast of Cape Cod.

The Mayflower Compact was signed on-board the day they anchored, November 11, 1620. The compact was the first governing document created by the new members of the colony.

In modern language, the document read as follows:

In the name of God, Amen. We, whose names are underwritten, the loyal subjects of our dread Sovereign Lord King James, by the Grace of God, of Great Britain, France, and Ireland, King, defender of the Faith, etc.

Having undertaken, for the Glory of God, and advancements of the Christian faith and honor of our King and Country, a voyage to plant the first colony in the Northern parts of Virginia, do by these presents, solemnly and mutually, in the presence of God, and one another, covenant and combine ourselves together into a civil body politic; for our better ordering, and preservation and furtherance of the ends aforesaid; and by virtue hereof to enact, constitute, and frame, such just and equal laws, ordinances, acts, constitutions, and offices, from time to time, as shall be thought most meet and convenient for the general good of the colony; unto which we promise all due submission and obedience.

In witness whereof we have hereunto subscribed our names at Cape Cod the 11th of November, in the year of the reign of our Sovereign Lord King James, of England, France, and Ireland, the eighteenth, and of Scotland the fifty-fourth, 1620

After numerous repairs were made to the Mayflower, it sailed back to England in May of 1621. Once it reached England it was deemed un-repairable and broken up and as a result sold for scrap lumber.

Now that you know a little bit more about the voyage of the Mayflower to America in 1620, share your knowledge with your friends and family this year at the Thanksgiving dinner table! 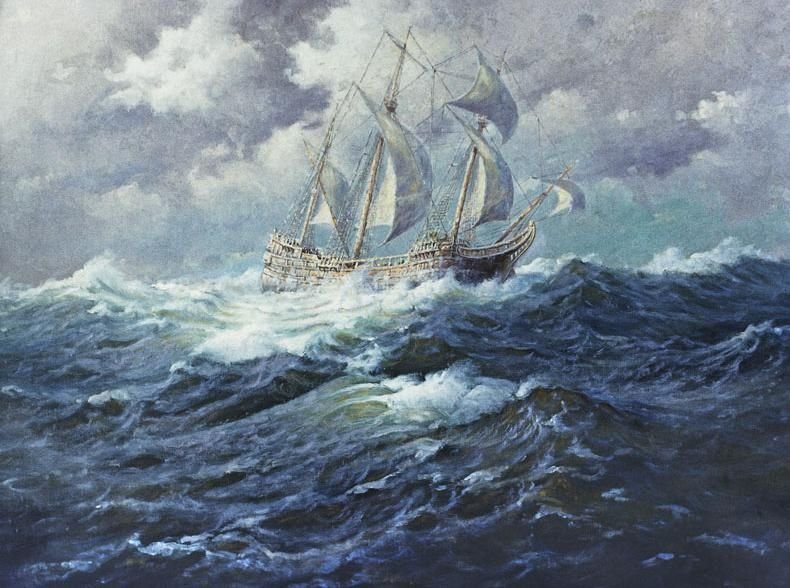 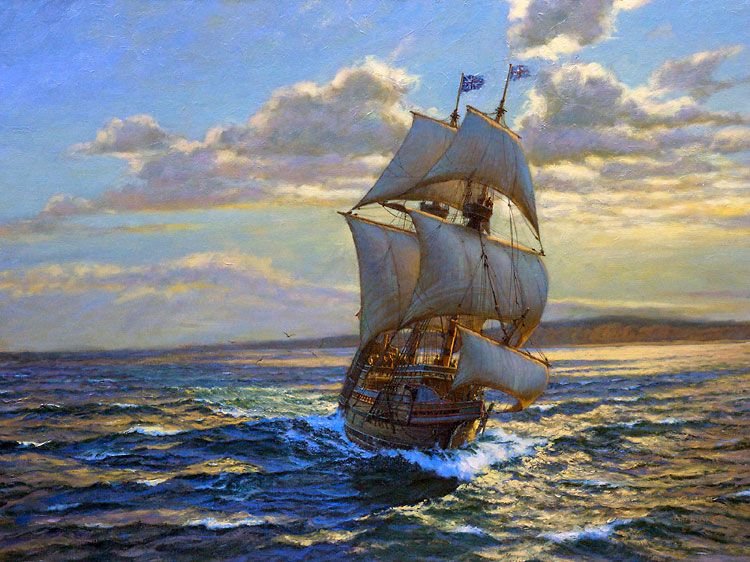 Do you still have Thanksgiving leftovers?

America's Cup - There is no second Looking Ahead: The Barcelona International Boat Show Happy Fourth! Monterey?s Guide to All-American Boating Destinations 7 More Sayings That Started on the Water