A Scenic Trip to Marghera, Italy

Our next dealer destination brings us to the beautiful location of Marghera, Italy.

Marghera is a borough of Venice, Italy and is an industrial area known as Porto Marghera. Venice is a commune with six boroughs and 30,000 inhabitants in all.

The area belonging to Marghera was originally under the control of the Bottengio family and was referred to as, “Botenicus.” The family had received the land from the Empire as a thank you gift for their braveness during the Roman wars.

If you happen to visit the area during the month of September, the “Festa della Sensa” is a must see for all boat lovers. It is one of Venice’s oldest ceremonies, opening the first week of September every year. The “Festa della Sensa” is a procession of more than 100 boats where the most beloved customs of the city are projected from each boat. The first festival occurred in the year 1000 on Ascension Day when a naval fleet left the city to fight the Dalmatian pirates who posed a threat to the Istria Coast. The fleet was successful and thus began the annual celebration.

The regatta season in the area occurs every year from April to September and features more than 120 regattas. The sport plays a major role in their culture and social life. Interestingly enough the regattas are mainly spontaneous occurrences but 11 of them are organized by various Rower’s Associations of the municipalities and boroughs. The organized events take place during traditional festivals that occur during regatta season in the city. A few of the more popular regattas are the Regatta della Sensa, Regatta di Sant’Erasmo and the Regatta di Santi Giovanni.

When you return to Marghera, remember to visit Pizzeria Capri, located at rizzardi 60.  They serve a variety of delicious seafood, spaghetti and pizza dishes. It will be a great end to a busy day. It’s also a favorite of the locals!

While you’re visiting Marghera, Italy and the surrounding area, stop by our Monterey Boats dealer Zabeo Mare (Via Colombara 125/E) to say “Hello” and view our beautiful Monterey Boats.  Don’t forget your camera so you can capture the excitement of the regatta celebrations! 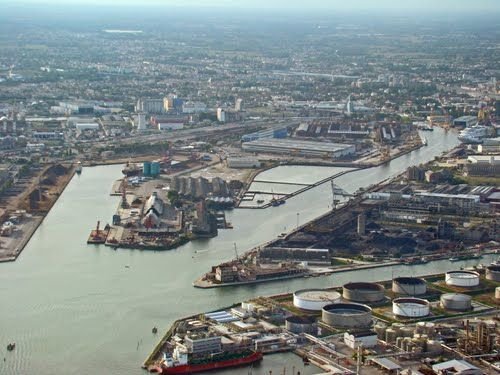 From Boots to Mittens: The Shapes We See in Our Favorite Coastlines Would You Dive in the World?s Deepest Swimming Pool? The Art of Sea Glass America's Cup - There is no second