A Haunting at Point Sur

Happy Halloween! Last year we explored several haunted lighthouses along the East Coast of the United States but this year we are traveling to the West Coast to visit the Point Sur Lighthouse in Point Sur, California! Are you ready for a great scare?

Ships, merchant vessels and mariners faced several hazards along the California Coast during the 18th and 19th Centuries including the Point Sur area due to an increase in production during the California Gold Rush.  The majority of local townspeople attributed tragedies to the areas missing lighthouse, so in 1874 the United States Lighthouse Service decided to keep a closer eye on the area. Tragedies continued to grow, as did complaints from townspeople forcing Congress to decide on the area’s fate. In 1886 Congress granted Point Sur locals their lighthouse, and sent 25 men to the area to begin construction on top of sleeping volcanic rock. After several setbacks including a lack of funds the lighthouse was finally lit in 1889.

After construction was complete, the people of Point Sur thought they would be able to move past their tragic history, but there have several ghostly reminders on the site. There have been numerous reports of men who appear to be dressed in 19th Century clothing wandering throughout the lighthouse site including a past keeper, often seen in the lighthouse visitors center. To learn more about lingering ghosts at the Point Sur Lighthouse, visit the area during the month of October to attend one of their nightly ghost tours! The Moonlight Tour is one of our favorites! If you have an opportunity to attend share your pictures and experience with us on our Monterey Boats Facebook page! Happy Haunts! 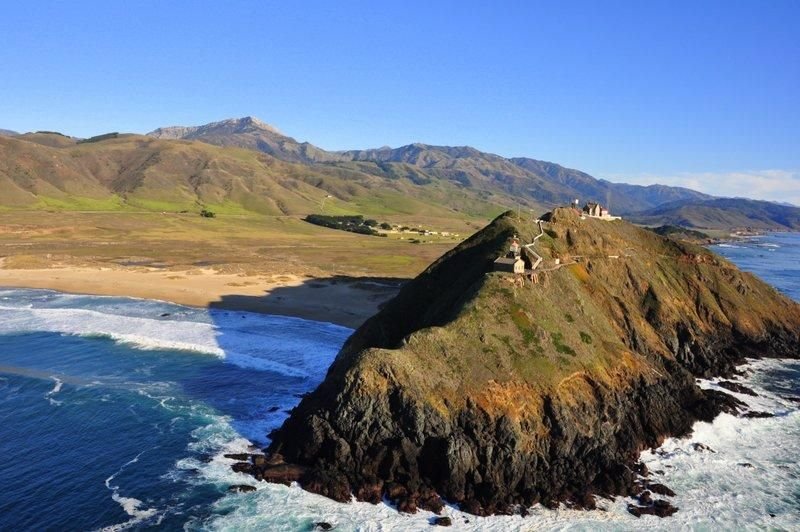