Are you still itching to have some water sports fun on your Monterey before the cooler weather hits? We sure are. As school’s starting up again, we thought we’d share an activity you can do on the weekends with the kids to take a break from hectic work and school weeks: wakeboarding! Keep reading today’s blog to find out what’s involved and what you need to know about the sport.

Wakeboarding got its start back in the 1980s — just as snowboarding became a popular staple of colder climates, wakeboarding was made for those in warmer places with access to bodies of water. The sport, which was originally called skurfing, isn’t an Olympic game—but it’s sanctioned by the International Waterski and Wakeboard Federation (IWWF) and has been part of another international competition, the World Games, since 2005.

The Basics of Wakeboarding

Wakeboarding is fun, but it’s also a three-person job: the wakeboarder, the boat operator, and the spotter, who keeps his or her eyes on the water and watches for your position, other boats in the area, and other things the driver will need to know.

As far as materials go, you’ll need a life jacket, bindings (to hold your feet), fins, a board and a rope—this shouldn’t be too long if you’re just starting out. Go for 30 to 50 feet.

Getting on the Water

Try to use a beginner stance by placing the back binding on the back of the board, so the boarder can place his or her weight on the rear fin. Place the front binding at a slight 15-27 degree angle, pointed toward the front of the board.

Once the driver gets far enough ahead to eliminate slack in the rope, bend your knees so that you’re almost in a chair-sitting position and the front edge of the board is pointing at the rope. Once the driver starts to speed up, you can gradually straighten up and control the board from there.

Of course, this is only a minimal how-to on wakeboarding. Read up on hand signals and talk those through with the driver before venturing out. Remember, wakeboarding isn’t the easiest sport to master, but learning it is half the fun! Hopefully it will make for some special boating memories for years to come. 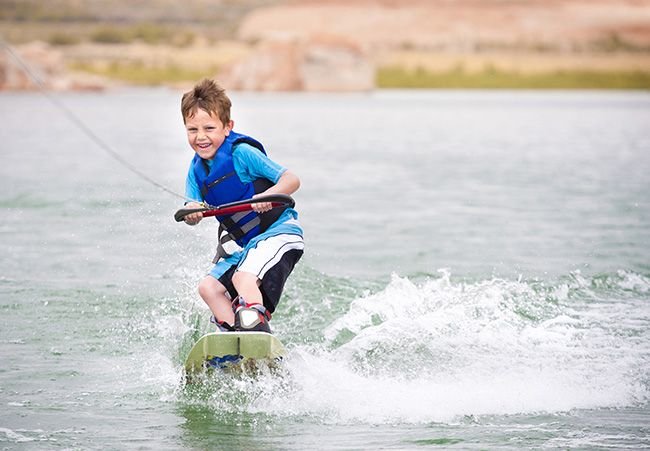 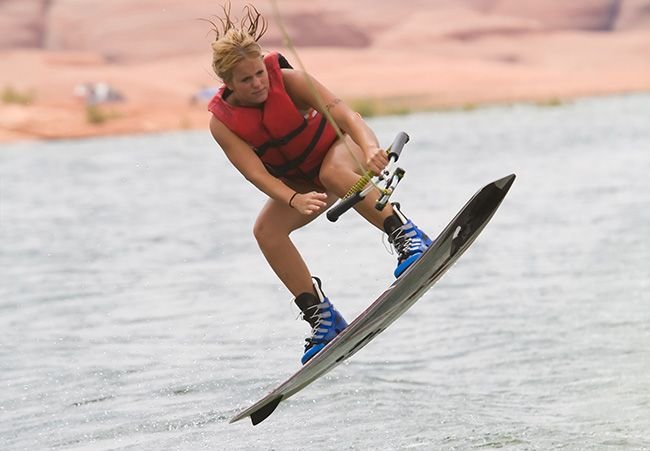 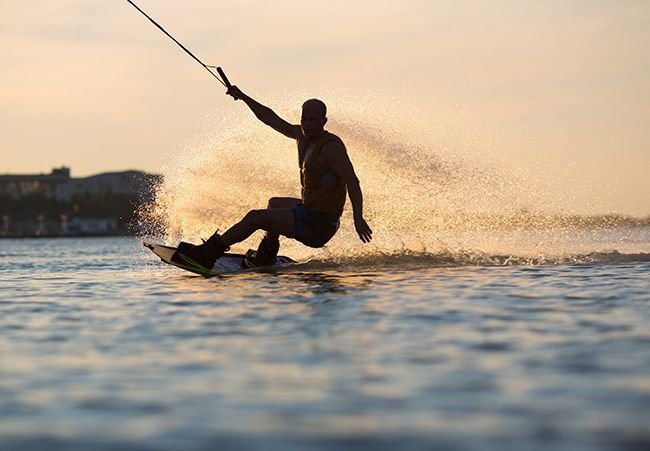 Staying Cool on Board: Our Best Tips