The Spanish monarchy became mesmerized by the state of Florida beginning in 1513 after explorer Juan Ponce de Leon landed near St. Augustine. Ponce de Leon sent stories back to the monarchy about the land and the natives they found there.

Over the next several decades the Spanish would establish colonies along the East coast of the state and sent fleets of ships in order to do so. Not all of these ships were successful in their journey, and many of them wrecked along the coast, spilling their contents into the ocean. Spanish salvagers were able to recover many of the remains but left plenty behind for modern salvagers!

In 1733 during a routine trip the Spanish ship, The San Jose was caught in the middle of a hurricane near Marathon, off the coast of Florida. The ship sunk with more than 6.5 million pesos in gold onboard. The Spanish were able to salvage a decent amount of gold,; however visitors to the site today are still able to scrounge up gold coins and personal items from passengers.

The San Jose was not the only Spanish ship to wreck during 1733. Salvagers most often find animal figurines that they must work for in order to recover. If you’re lucky enough to find a figurine, immediately place it in distilled water to soak for at least 2 years to remove the salt. When the salt has been removed create a solution of Elmers Glue and water to apply to the exterior surfaces of the figurine to prevent cracking. The figurines are a great treasure to discover since they are more than 300 years old and full of history!

The Angustias shipwreck off the coast of Florida near Long Key is full of excitement and intrigue! The wreck is surrounded by eels and sharks that salvagers must navigate around to extract treasure. In 1733 more than 20,000,000 silver and gold pesos were deposited at the site when the ship wrecked. Experts recommend exploring the wreck from about 50 yards out from the sides since this is the path survivors took. Since the wreck was highly salvaged by the Spanish, divers have more luck in the areas surrounding the ship, and its safer than navigating through sharks and eels! 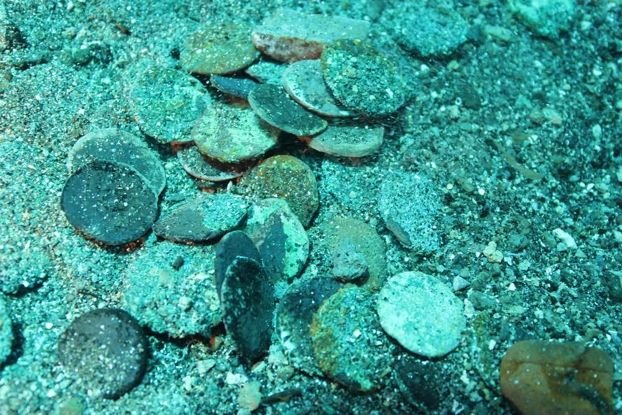