Have you ever wondered about the origins of the tales involving legendary sea monsters? Our newest blog series will explore their roots as well as provide logical explanations for each creature. We hope you enjoy! Are there any legendary seas monsters you would like us to explore? Let us know!

Sailors told tales of the Kraken, a multiple armed creature who wrapped its arms around the hulls of sailing ships, capsizing them almost instantly. The creature left the crew to either drown or be eaten.  While this legend seems incredibly farfetched as most legends do, the Kraken is the only sea creature that we have the most evidence to even remotely prove its alleged existence.

In the Greek epic, The Odyssey, Odysseus encounters a creature similar to the Kraken. Odysseus’ sea monster, the Scylla had 6 heads rather than multiple arms. He was forced to sail past him during his adventures.

Despite its relation to the Scylla, the Kraken was first reported in print when Carolus Linnaeus wrote about him in his 1735 book, Systema Naturae.  He dates the tales back to Norway during the 12th Century when sailors reportedly mistook the creature for an island or series of islands due to its rather large size.

Another over exaggerated report of the Kraken occurs in Erik Ludvisgen Pontoppidian’s book, The Natural History of Norway.  The report states the Kraken as “incontestably being the largest sea monster in the world.” Despite its recorded width of 1 ½ miles, Pontoppidian declares the biggest threat the Kraken posed to humans was in the disturbance it created when it surfaced or the series of whirlpools it created as it descended back into the depths of the ocean.

The first time the Kraken had been realistically written about was in an 1802 scientific report by French scientist Pierre Denys de Montfort.  He explained that the creatures likely encountered by Norwegian sailors were colossal octopuses.

Based on these accounts we can now confidently say the legendary Kraken mentioned throughout history was likely a giant squid. The giant squid is an aggressive species and are much more likely to surface than its counterpart, the colossal octopus. There were three recorded  attacks involving a giant squid verses a ship in the 1930’s—in each account the squid died once it was sucked into the ships propeller by the current.

Are you still a believer in the Kraken? Let us know in our comments section or head on over to the Monterey Boats Facebook page! 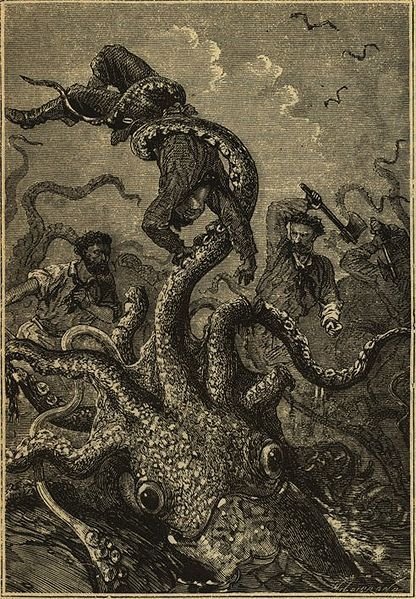 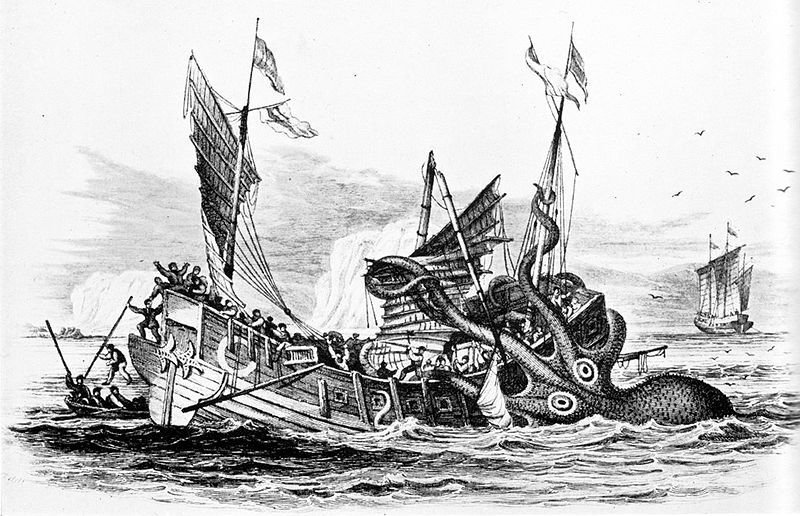 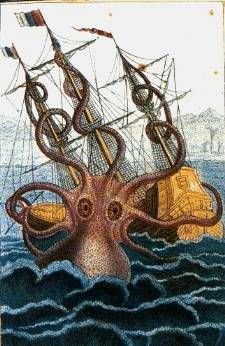 Red Skies & Boating Folklore Cruising Through The Mysteries Of Ancient Greece A Day At The Fair With Your Monterey Boat What Was The First Sunscreen Ever?