October: A Month of Seafaring Explorers

When we think “October,” we picture the usual pumpkins, Halloween costumes, orange leaves… and explorers? This month every year we celebrate two famous seafaring explorers, Leif Erikson and Christopher Columbus, and how they helped pave the way to North American settlement. Read on to find out the stories behind two of history’s favorite sailors.

While Columbus is often credited with finding the New World, the first European to ever set foot there was more likely Leif Erikson. Leif, who was born in Iceland in about 960 AD, grew up with his dad Eric the Red in Greenland, where he was able to learn the rules of the sea. When he was old enough, he began captaining his own voyages—once, he was commissioned to deliver gifts to Norway’s King Olaf! His claim to fame happened around the year 1001: most accounts say that the Viking voyager was headed home to Greenland when he got off course and wound up at what is now Canada’s west coast—possibly on Baffin Island, Newfoundland or Labrador.

Erikson is known today as being one of the earliest, if not the earliest, Europeans to reach the New World. In 1964, President Lyndon B. Johnson was the first president to issue a proclamation celebrating the Viking’s accomplishments and the spirit of precolonial discovery—now, the day is especially popular in the Upper Midwest, where many Americans claim Nordic descent.

He may not have been the first, but he certainly is the most famous! Columbus grew up in the seaside town of Genoa, Italy, and developed a keenness for the sea. It’s said that his famous 1492 voyage came out of a desire to find a passage to the Indies… instead, he found the Caribbean islands of San Salvador, Cuba and Hispaniola. Reaching these islands (which he dubbed the “West Indies”) allowed Europe to gain a presence in the New World, helping to set up some of the earliest Spanish colonies and setting a precedent for future settlers.

Columbus Day was officially established as a federal holiday in 1932; now, it is traditionally celebrated every second Monday in October—this year, it falls on the 13th. Celebrate Columbus and Erikson (October 9th) this year and remember the seafaring spirit that brought Europeans to the New World hundreds of years ago. 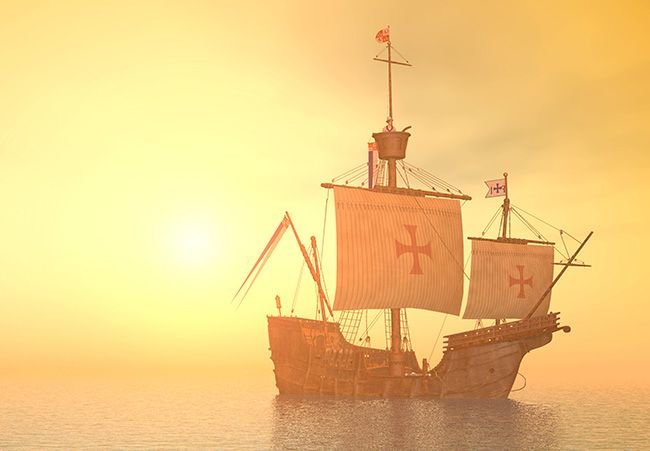 National Seafood Month: How to Celebrate The Top 5 Reasons Why You Need To Visit Fort Lauderdale In October 2019 5 Fun Ways To Celebrate National Aquarium Month With Monterey Annapolis, Maryland and the United States Powerboat Show