Adventuring the Sea with Awilda the Pirate

Today we’re taking a closer look into the life of Awilda, a female Scandinavian pirate! Despite several tales involving Awilda and her friends, many historical scholars question whether or not she existed. Her story begins during the 5th-Century in Scandinavia as the daughter of a king!

It is said that Awilda’s rebellion began when her father arranged for her to marry the crown prince of Denmark, Alf, son of King Sygarus. In order to escape her father’s demands, Awilda and her friends disguised themselves as sailors and commandeered a nearby harbor ship. During the beginning of their journey they discovered a group of pirates who had just lost the captain of their ship. According to legend, the group elected a new captain, Awilda.

Awilda and her new crew sailed the seas for quite sometime and engaged in typical acts of piracy. The King of Denmark became furious at the group of pirates, and sent his son Alf to battle the ship that just happened to have Awilda onboard. The stunt is said to have captured her heart, and resulted in the marriage of Awilda and Alf, who lived happily ever after as the King and Queen of Denmark.

Do you think Awilda sailed the seas during the 5th-century, or is she just another legend of the sea? Share your answers with us on our Monterey Boats Facebook page! 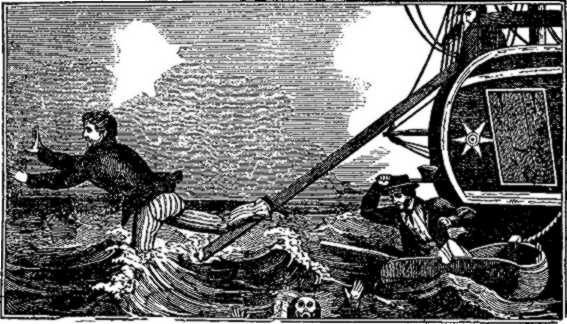